What Will it Take to Move Everyone to Creative Cloud? 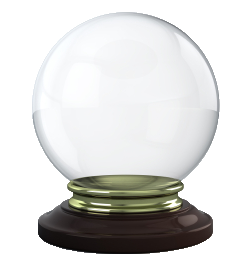 Will you continue buying or will you move to Creative Cloud?

Things in the software business have changed dramatically over the years. From floppy disks packed with thick user manuals to CDs and DVDs with PDF manuals and finally to software downloads via the internet there’s been a steady progression in the way we buy our software. But the biggest change is happening now and it has nothing to do with packaging and everything to do with licensing.

In the past we’d buy a program and use for however long we wanted or needed. If a new version came out and we felt it worth the upgrade cost we bought it. If not, we skipped that version or maybe even a couple. But then Adobe got a bright idea. A couple of versions back, they offered users the ability to rent software by the month. I’m not sure how successful it was but I can honestly say I don’t know of one single person who “took advantage” of the offer. Not to be dissuaded, Adobe kept at and about a year ago introduced Creative Cloud.

What was different about Creative Cloud? For starters it was (and still is) very affordable. For $29.99/month for the first year ($49.99/month thereafter) you get the entire Master Collection, Lightroom, a subscription to TypeKit, Adobe Muse, Adobe Edge Animate and 20 gigabytes of online storage. And if that wasn’t enough, anyone interested Digital Publishing Suite can publish as many Single Edition apps as they can possibly create. This one feature alone would cost you $395 for each app (more than the cost of the first year of Creative Cloud). Finally, this subscription comes with immediate access to whatever comes next. No need to worry about whether to upgrade.

Clearly, this is the direction Adobe wants its users to take, and to further convince them that this is the path to take, they’ve removed upgrade paths for all but those upgrading to every single version. In other words, if you have CS3 or CS4 you can’t get a discount to upgrade to CS6…but you can get reduced intro pricing to Creative Cloud.

Okay, by now you’re saying to yourself, “I thought this was a look head.” It is, but I just wanted to paint a picture of the present so you can get an idea of what I think it might take to get everyone moving toward Creative Cloud.

So, what do I think it will take to get everyone to Creative Cloud?

It’s already obvious where Adobe wants us to head and they’ve made no secret about it. Creative Cloud is not the future, it’s the present and I fully expect Adobe to explore ways to motivate their customers to move to a Creative Cloud membership. How might they go about that? I figure they need to give a little and take a little. Here are some possibilities.

Think about it. Until a few years ago there was no limit on the upgrade path. You could be 8 versions out of date and Adobe would be more than happy to sell you an upgrade. Then it became three versions back and finally they’ve moved to one.

This would not be unprecedented. Intuit did this with Quicken and Quickbooks several years ago and Microsoft did it beginning with Office 2010. There’s nothing to stop Adobe from doing it.

It would not surprise me to see Design Standard eliminated next. Combined with lack of upgrade pricing Adobe would be down to three SKUs from 18 (six versions with full price, six with one version back upgrade, and six with two or three version back upgrade. That’s a lot less bookkeeping so it makes perfect sense from a business stand point.

I don’t think this is going to go away completely but let’s take a look a the closest thing out there to Creative Suite and that’s Microsoft Office. While Microsoft does sell (or offers for sale) Outlook, Word, PowerPoint and Excel, raise your hand if you know anyone that’s bought just one of those applications individually.

The price for single Adobe Creative Suite applications is already so high I don’t know too many people buying them, either. Case in point, a single user license for InDesign is $700.

As the old saying goes, “start ’em young.” The regular price for academic licenses is $29.99/month and Adobe is currently running a special offer for students and teachers to sign up for $19.99/month for the first year. I can’t see any reason not to make that the regular price. That’s a big population that would know nothing about buying perpetual licenses and would likely continue to subscribe to a commercial membership upon graduation.

Currently, users get 20 gigabytes of storage. That needs to be raised to 100 gigabytes. That’s the amount of storage Dropbox users get for $9.99/month. Drop Dropbox and put that toward a subscription to Creative Cloud. Storage is cheap. Creative Cloud Team subscribers already get 100 gigs. This seems like an obvious addition.

This is more a pet peeve than anything else but it does make sense. It’s the only application not included in Creative Cloud and it belongs there. I think it will happen.

Right now Creative Cloud user can create five sites with Muse and host them via Business Catalyst. Most users probably wouldn’t take advantage of this anyway so why not use it as an enticement for those that would? I’m 50/50 on whether we’ll see this but again, for the web professional, this would be one reason to sign up.

It’s all about collaboration, right? Why not throw in a Connect account?

At some point down the road I can see the entire thing going subscription only as buying becomes a less and less attractive.

I’ve been thinking about this for a while because it comes up often in conversations and I figured I might as well go out on a limb and make a few predictions. Will all of this happen right away? Doubtful, but gradually over the course of  two to three years? Very possible. Of course, none of this may happen and someone will find this post in a google search 3 years from now. [note to self: remember to turn off commenting if none of this comes to pass]

So, what about you? Are you a Creative Cloud member? If not, why not? I already know the arguments about renting vs buying but would any of the things I mentioned here change your mind? If not, what would?

Disclaimer: As an Adobe Community Professional, I have a complimentary Creative Cloud membership.