It’s okay to say no to interactive PDF

It’s not much of a secret that I spend quite a bit of time on the front lines of the Adobe forums. Most of the blog posts I’ve written here and at InDesign Secrets are inspired by what I read there. It’s also no secret that I’m generally into short and sweet answers. So, what is it that got me thinking about writing a long blog post?

Lately, I’ve noticed a spike in users posting about frustrations with interactive PDF. In fact, not too many days go by that I don’t see someone trying to use interactive PDF for some ridiculously complicated document that PDF was never intended for. Now, don’t get me wrong…I love pushing the envelope, but there’s a point where you’re just wasting your time and effort and rather than give users the same response over and over again, along with the fact that I haven’t written a blog post in a while, I figured I’d climb up on my soapbox and shout this from my own little mountaintop. Don’t be surprised if you see links to this post show up on the forums.

So, what’s the problem with interactive PDF? 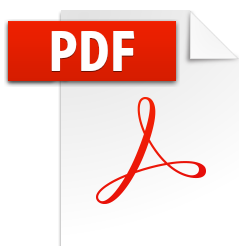 The PDF format for interactive documents has become a victim of its own success. It’s time to explore alternatives to interactive PDF.

Pop up menus; slideshows; videos (embedded and streamed), animations and scrolling content are among the top features I see people trying to squeeze into a PDF. But complicated forms with calculations, custom fonts, email submissions of only part of the form are also popular requests. Those things just don’t work (some of them, like fonts for text fields and calculations in forms can be added in Acrobat, but that’s not issue here. Read on for more) and the fact that your client or boss insists on a PDF is irrelevant (if he/she disagrees, feel free to point them to this post).

I realize that some of those might be possible with crazy workarounds using show / hide buttons but those things are bound to break when you pile 20, 30 or even more buttons on top of one another. If that’s not enough, most of the requests come with the requirement that the resultant PDF has to work everywhere. Everywhere includes, browsers and all desktop and mobile readers. Sorry, folks, but that’s just a pipe dream. No format works everywhere and that brings me to my main point.

The PDF format and more specifically, interactive PDF is actually a victim of its own success. There are countless reader applications for desktop and mobile devices as well as browser plugins and frankly, most them suck for interactive PDF; this includes Mac Preview. The problem is that most users think a PDF is a PDF is a PDF. This is simply not true.

As an aside, I think it’s worth pointing out that contrary to popular belief, Adobe, beyond supporting the format for Acrobat and Reader can’t do a thing about it. Even they haven’t produced mobile app that supports all of the interactive features and they’re not likely to.

One of the issues with mobile that simply can’t be overcome is the old workaround of using SWF to insert animations, multi state objects and video. While earlier version of Acrobat had flash player included, that is no longer the case and even it were, SWF files won’t play on mobile devices.

The PDF format and more specifically, interactive PDF is actually a victim of its own success. There are countless reader applications for desktop and mobile devices as well as browser plugins and frankly, most them suck for interactive PDF; this includes Mac Preview. The problem is that most users think a PDF is a PDF is a PDF. This is simply not true.

There is no single answer and I will say that for forms that can be distributed in a controlled manner, PDF may still be a very viable choice, especially in government applications or where privacy is paramount such as medical information. But beyond that you’ll have a difficult time convincing me that PDF is a good way to produce intricate, interactive documents.

For documents without forms, my first choice is to use Fixed Layout (FXL) EPUB. I already know what you’re thinking; limited reader support. But I see that as a positive. Everyone knows this and can prepare for it. FXL EPUB is not ubiquitous in the way that PDF is and recommending reader apps is totally acceptable. [For what it may be worth, iBooks on OSX and iOS are my go to apps for those operating systems while Readium for Chrome is terrific on Windows. Adobe Digital Editions has improved dramatically, as well and is available for all mobile and desktop platforms.]

That is not the case with PDF where many people expect that a PDF will work on any device on any reader and are shocked when it doesn’t. This takes me back to my initial point—PDF is a victim of its own success. In fact, many people don’t even call them PDFs. I’m sure you’ve all been asked about an “Adobe file.”

Another excellent choice for documents you want to make publicly available is Adobe’s new Publish Online feature available directly from InDesign. Publish Online supports all of the major features of FXL EPUB and with one click publishing, couldn’t be any easier to use.

By the way, I’m intentionally omitting anything related to digital publishing on the app side. Those choices are simply too expensive to compare to PDF.

The biggest complaint I see about forms is they don’t work in a browser. If having it work in a browser is the goal, why use PDF when an HTML form is so easy to add to a website? Alternatively, Google Forms are terrific for that type of thing and way easier to create than a form in InDesign. And most importantly, both are specifically intended for use in a browser.

So, I should never use PDF?

Well, let’s not get carried away. Of course, there are still great uses for interactive PDF. My favorite example would be InDesign Magazine. It’s essentially a static publication that has buttons for navigation for next page, previous page and hyperlinks in the TOC. Beyond that the use of interactivity is limited. This is truly a case of less is more and what you should be keeping in mind for your PDF documents.

I’ve always been a proponent of using the right tool for the job. Sure, you can drive a nail using the back of a wrench, but I’ll take a hammer for that any day of the week. Interactive PDF may be the right format for some uses, but for most interactive uses today, there a better choices. Please consider using them.

If you want to learn more about FXL Epub, check out Anne-Marie Concepcion’s lynda.com course. I also recommend Diane Burns’ course on creating animations. If you’d like to learn about multi state objects, check out my course on that subject. If you don’t have a lynda.com subscription, you can get a free 10-day trial. If you’re more of a book learner, check out Digital Publishing with Adobe InDesign CC: Moving Beyond Print to Digital by Diane Burns and Sandee Cohen. They cover a wealth of information including interactive PDF.

What do you think? Have you been tasked with or considered using interactive PDF for something that would be far easier and more effective with another format?