Create a PDF from a Digital Publishing Suite app

It’s no secret that I’m a huge fan of Adobe’s Digital Publishing Suite (DPS) but that doesn’t mean I think it’s all sunshine, lollipops, and rainbows. There’s plenty of room for improvement especially when it comes to client reviews. While anyone you share a DPS folio with can readily view the app on an iPad, it’s not quite so simple for them to send you feedback.

With other types of workflows, you could just export a PDF out InDesign and in a matter of a few seconds you have something for the client to review and add comments to. That’s not so simple with a DPS app because most of the interactivity for the app won’t be visible in the PDF, even if you choose interactive PDF as the output.

Among the items that will be missing are: hidden states in multi state objects (MSO), image sequences, and web content overlays. You can get around some of this by creating multiple PDFs and choosing to display interactive features but you’ll need to create a new PDF for each state of an MSO. But that still won’t help with web content or image sequences.

As long as you don’t need live text in your PDF, here’s a down and dirty method I’ve been using quite successfully. The first thing you’ll need is a Dropbox account. If you don’t have one, you can sign up at Dropbox.com  and you’ll get 2.5 gigabytes of storage for free. If you’ve never heard of Dropbox or don’t quite know how it works, you can learn about it here. Once you’ve registered, you’ll need to install Dropbox on your computer and the Dropbox app on your iPad (this method should work equally well on an Android device).

Here’s the key: On your desktop, enable Camera Upload in your Dropbox preferences and do the same in the Dropbox app settings on your iPad. Camera Uploads is a feature that automatically detects image and video formats and syncs them to your Dropbox enabled devices. As a side benefit, Dropbox will give you more storage space by enabling this feature. 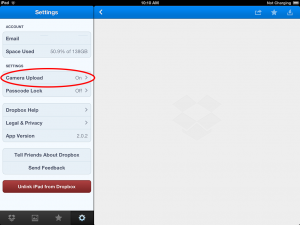 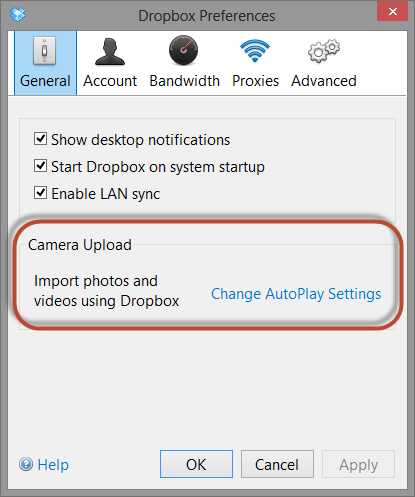 With that out of the way, you’re ready to go.

Launch the Adobe Content Viewer, open the folio and take screenshots of each page in the app. This is a very easy process and is done by pressing the home and power buttons simultaneously. You’ll see the screen flash for an instant to confirm that the screenshot has been taken. Swipe to the next screen, or if you have an MSO or other animation take shots of each state. Lather, rinse, repeat, until you’ve taken screenshots of everything the client will need in order to review the app.

Close the Adobe Content Viewer and launch the Dropbox app on your iPad. Tap the photos button and watch as your screenshots are synced to your computer.

On to Adobe Acrobat

Now that we have all of our screenshots, we’re going to use Acrobat to quickly create a PDF for the client. Open Acrobat and choose File > Create > Combine Files into a Single PDF. In the box that launches, click on options and make sure that Single PDF is selected. Then just drag all of your screenshots into into Acrobat. By default they should be in the order you created them but if they’re not, you can just drag them around to put them in the proper order. Click Combine Files and your PDF will be created. 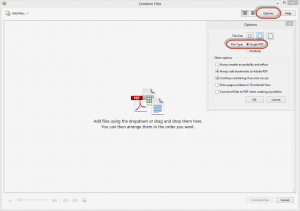 Finally, email the PDF to the client. If they don’t have the full version of Acrobat make sure they have the free Adobe Reader XI installed. With it, they’ll be able to add comments and markups, save the file and email it back to you. This is important since earlier versions or Reader did not permit commenting without saving the PDF specifically with that capability.

A couple of notes here. If you have a ton of photos on your iPad they will all be synced initially so be prepared for that. If you have an iPad with a cellular data plan you may want to turn off the Use Cellular Data option in the Dropbox app to keep from eating into your data.